What We Can Learn From The Gallagher’s Perma-war

On April 7th, 1994, late at night, in a long-since rebranded Glaswegian hotel, a tape was recorded of two brothers that would launch the beginning one of the longest running and most entertaining rock n roll feuds of all time.

The Wibbling Rivalry tapes, a drunken argument between the crown princes of rock n roll concerning whether it is more rock n roll to do a brilliant set or to throw a TV out the window, kick started the public fascination with the two feuding siblings. A fascination that, supplied with great music and a seemingly endless supply of brilliant Manc sound bites* has captured countless NME front pages and can still drum up broadsheet interest at a moment’s notice.

But which side, in the long and endless war of the Gallaghers (and now their children) stands victorious? 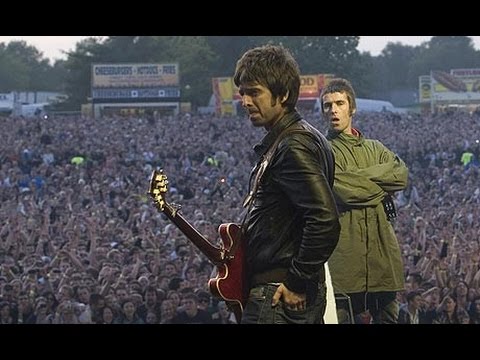 The relationship captured in a single image

One has the looks, the charisma and the feature length film on his side, but the other has the songs, the older brother status and the quickest tongue in music. Today’s article is proof in point, and it’s proof that a great rock star should be funny enough to be a comedian** and a rabble rouser capable of running for Parliament***. Liam talks, shouts and makes films about Noel but Noel can still record an interview where he makes you laugh and like him, before he switches gears and chops up his brother****.

And that proves a rule I’ve spoken about before on this blog:

* On gender fluidity: “What’s that? I know what gender I am – Mancunian.”

** On global warming: “Fuck the grandkids – remember, they might be cunts. I’ve said it to my sons many times. They go: ‘Dad!’ but I tell them they don’t know who they’re gonna marry. She might be an idiot. Or he might be. We’re all modern men.”

*** On the Labour Party leadership: ‘“I saw him walk onstage to ‘Oooh, Jeremy Corbyn’ and thought: ‘Really? For a start, your name’s Jeremy.”