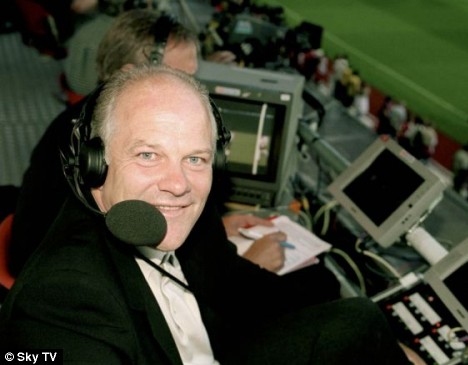 As Andy Gray and Richard Keys reach the desperate end of their careers, Jeremy Clarkson has weighed in to the row, saying that he is concerned about people being sacked and vilified for “heresy by thought”.

Is it possible he’s worried about people discovering what he’s thinking? He should be if he is foolish enough to say it aloud and it’s newsworthy; you can’t avoid the inevitable, There’ll come a time when even King Clarkson’s brand is out of fashion. The prayers of the in-house Car PR teams will one day be answered.

If you are in public life in 2011, be you a sports commentator, a chief executive of a major company, a politician, a pop star, a journalist or an actor, you need to be on message at all times. There is no off the record any more. You are a target and anyone has the means of catching you digitally and transmitting unwanted, candid moments up on the net in minutes where your conduct will be judged. If Twitter and Facebook can start a revolution in Egypt, it can take down a brand or a celebrity with ease.

A person in public life needs trusted people around them. They also need to keep a close eye on the temptations that are thrust at the people they trust. They also need to be what they are in private in public or suppress entirely their baser urges. If you are a sexist monster or a bigot, the world will find out. Privacy? What privacy? There is no such thing any more.

Gordon Brown found this out to his cost during the election last year – remember Bigotgate. Gray and Keys are no more, reduced to reality TV cannon fodder. More will follow – this will get anyone who stands up and is stupid in public. Try and bury any unpalatable truth and chances are you will be caught out. A large part of the fall out surrounding the News of the World hacking story is the way they’ve got to their stories and betrayed their readers’ trust.

This is an age of brand truth and responsibility for what you’ve built. The only way to survive is to follow the three Ts: Truth, Transparency and Trust. Without them in place, there is nowhere to hide