The Evil That Men Do

In the wake of coming home from Poland and reconnecting, with an astonishing amount of clarity and detail, with my roots, I am finding it hard to adjust to the idea of April Fool’s Day when there seems to be so much capacity for evil in the world. 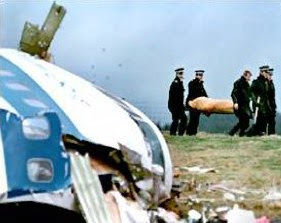 Is humanity essentially evil? Are we really born this way? It’s hard to say for certain, but at the very least, how can one make jokes when we don’t know what’s going on in Ivory Coast, or when rapists, murderers and so on stalk the earth, or now that Moussa Koussa is here for political reasons – he’s surely been lured here to help undermine Gaddafi, not just seeking asylum. Moussa Koussa is almost certain knows what caused the Lockerbie bombing and who killed WPC Yvonne Fletcher. He may even have had a hand in both. He knows a whole lot of Libya’s dirty secrets. But should we allow dialogue with a man who has, in all probability, perpetrated so much evil. The shadow of his presence here grows like a cancer, given what I have seen in Poland.

I just can’t connect with the jokes and ebullience doing the rounds of Twitter and the media for April Fool’s Day, not now I’ve been to see the remains of the Jewish ghetto in Lublin and the Grodzka Project, an extraordinary memory project built by two non-Jews who have taken the incredibly efficient Nazi photographic archives of the bulldozed ghetto and testimony from hundreds of survivors and friends of the Jews of Lublin and created a place where the dead can be remembered, in astonishing detail. The place is small, but packed with extraordinary details and the spoken testimonials of thousands of people from floor to attic.

I find it hard to joke having been to Majdanek Concentration Camp, just four miles outside Lublin, and been surrounded by its eerie emptiness. Given that this camp is the size of a big English village and contained hundreds of thousands of people, I wonder how people can go to such lengths to be cruel.

The Grodzska Project offers a little hope, at least. It allows a glance into the lives behind the cold, efficiently erased statistics and gives a better understanding of the enormity of the Holocaust – half the city of Lublin was lost to Nazi hate. Even the Anne Frank house pales next to this place. One of the most moving sections is the story of Henio Zytomirski, a small Jewish boy, which you can read here, and which beautifully expresses the social nature of the city and of humanity at its best.

Each day more and more people connect with the project and surprising treasures emerge which underlines that the Nazi aim to obliterate Jews was a war that never stood a chance of winning. The Grodzska Project exemplifies the spirit of the city pitching for year of culture, given that it takes in so much life and hope. Now, how can we create such hope in the rest of this violent, war-torn world?