Churnalism and the Death of the Press Release 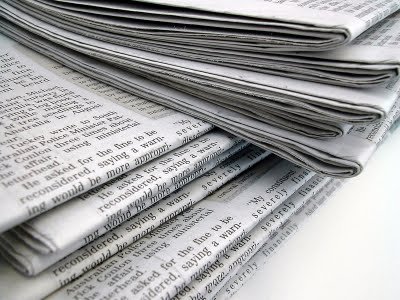 At long last the question of how much of our daily news originates from PR pixies is to be answered. A new website, churnalism.com, has been launched and its mission is to expose the extent to which articles have been lifted from press releases.

I welcome the site – it’s not something good publicists should fear. In the spirit of transparency, I’m very comfortable to declare that on occasions I’ve let my imagination run riot. Once – or maybe even twice! – I have ensured that a dismal fact has not stood in the way of making a story work. Then, in an age when there were more journalists than PR, it was tough generating ink.

The ink-generating challenge has now come full circle. Bright young PR things outnumber the journalists. I for one believe the press release is an endangered species, thanks to misuse. The media owners, under pressure to slow an inevitable decline, have cast out costly experienced journos and replaced them with more cost-effective, energetic drones who can multitask as if they were born to it. These drones are fed into the ten-minute news cycle, which spins and churns and greedily welcomes a helping hand. Now, if the story sounds good, well hey; it was true at the time.

Laziness will always be a problem but it is too easy to lay the blame at the door of the journalists entirely, especially when the pressures they face are so immense. This is why I’m a little unsure about the tactics of Chris Atkins from Starsuckers, as reported in the Guardian, who helped promote the website by setting up fake websites and pushing fake press releases about dubious products onto the media (such as the Penazzle, a penis decoration, or the chastity garter for unfaithful wives). It seems to me that the journalists involved fell victim to a persuasive hoax and then rehashed the press releases a little too exactly. Atkins’s approach seems akin to threshing corn with a sledgehammer.

Press releases should not be unthinkingly sent out or unthinkingly repeated verbatim. I keenly hope that churnalism.com will help to eradicate the mind-numbingly dull prefabricated, brand-driven drivel that’s punted out by a collection of poorly equipped agencies. The level of noise makes it hard for the true craft of the publicist to flourish. The press release, for all that it is a 130-year-old mechanism, is still a useful one if it is not mistreated and abused. I hope it lives on.