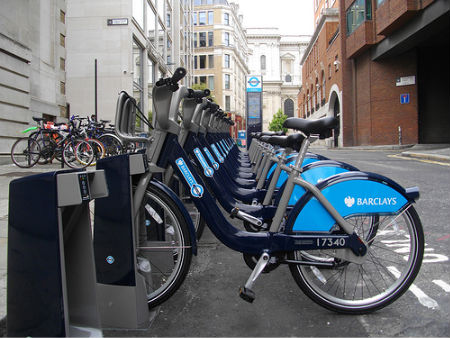 Cycling through London the other day on a Boris Bike (surely one of the great modern branding failures – Barclays pumped millions into the scheme only to lose the name to the charismatic mayor) and sweating like a constipated sumo wrestler, full of the joys of winter and rushing to get back for a meeting, I jumped a red light in a bid to outrace a black cab. I was on my way to see a film, for work. It was urgent. You know how it is; sometimes your life just seems more important than anyone else’s.

Not that the ridiculously youthful copper who spotted me agreed, mind – it became clear as he approached that he thought his own life was the most important thing in the universe. He was smiling. Clearly I’d made his day.

I immediately launched into the sort of silent, internal tirade one expects from people of a certain age and beyond who are in the wrong and have been caught out by authority figures who looks like they should still be in the boy scouts, or are possibly not long off the teat.

I seethed and grumbled as he gleefully stiffed me for £30. “Where do these fines go?” I asked myself as I paid up with gritted teeth.

And then I saddled up and went on my way to the film. In the warm again, I settled down and got comfortable. And had my pathetic brush with the law thrown into sharp perspective. The film was about how Zimbabwe’s infrastructure collapse has turned the jewel of Africa into a nightmare for thousands of children of primary school age.

It was a truly moving experience, following the lives of three children struggling to find the fees for their next term of school, not mention the next meal. Watching one, HIV positive and looking after his mother who was dying of AIDS, as well as his 18 month old baby sister, was almost too much to bear. The way these children scraped and scratched to make their lives move forward in a meaningful way was heartbreaking and inspiring to watch.

And then a statistic reached from the screen and grabbed me by the throat. It would cost £30 to send this child to school. £30. For a YEAR!

Suddenly the trivial quibbles about my earlier fine disappeared. Where, I asked myself, will the £30 I paid out for skipping a red light go? What cause will it prop up? And then I thought about all the minor transgressions I had committed, often accidentally, that I had not been fined for. Who would it hurt if I fined myself for the worst of them and put a Zimbabwean child through school for a year by sending £30.

There are thousands of children lacking education in southern Africa who, for want of £30, cannot find a way to pull themselves out of the mire. £30 is a trivial sum to us, a small fine for a minor transgression. The majority of us have transgressed accidentally in the course of a year, have things the feel ashamed of.

But nothing we do can be as bad as not even being able to afford a primary education. We are all powerfully aware how important further education is to this country at the moment, but imagine what it must be like to be unable to even learn to read and write for want of £30. These are children who cannot afford to protest – they are too busy surviving hand to mouth and taking care of their dying parents and helpless siblings.

If you want to help, please donate to Zimbabwe’s Children or just watch the video on their website and forward this to anyone who might help. Anyone who has transgressed and got away with it should think about donating a £30 fine to the charity. Or, if you are entirely guiltless, why not break the law in protest (the most minor of transgressions only, please!) and pay your self-inflicted fine to Zimbabwe’s Children.

Click on this link to find out more: www.zimbabweschildren.org