The BBC and Aid for Gaza

Listening to Mark Thompson on this morning’s Today programme, justifying the corporation’s decision not to allow the broadcast of an appeal on behalf of the Disasters Emergency Committee for Gaza, I was distressed. The thrust of his argument was that he didn’t want the BBC’s impartiality being damaged. I am not sure about the semantics but I fail to grasp how is the BBC’s impartiality would be prejudiced by asking others to raise money for the victims of an act of war, by a state using the most lethal arsenal of weaponry against a defenseless population.

The only crumb of comfort is that the appeal has probably benefited from the barrage of publicity surrounding the discourse. After endless debates on TV and radio and acres of print generated in the newspapers, the issues of the appeal have been distinctly elevated. My belief is that the oxygen of publicity and nature of the outrage will most likely motivate and inspire more people to donate and help the appeal.

Vivid and arresting images are commonplace in the sort of appeal films that follow a humanitarian crisis. Unforgivably lurid imagery of the awful damage poverty, starvation and war in every appeal for 30 years means that it’s possible that the viewer is anaesthetised to the impact of this genre of film.

The perception of this type of broadcast is that, thanks to the ubiquity of the imagery, it lacks impact and the intent to shock is muted. If this is the case, then the fact that the BBC are still not willing to show the Gaza appeal – a move that Sky are supporting as well – may well result in the general public responding to the humanitarian disaster in Gaza in a more expressive, compassionate and positive manner than they would have done if it had been shown. 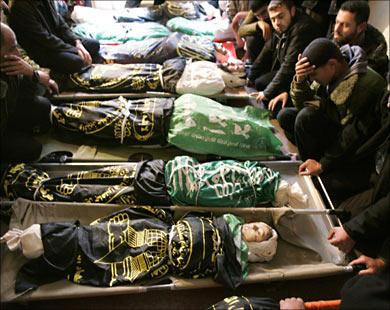