Nick Clegg’s been getting a great deal of attention in the press at the Lib Dem conference this weekend. What I’ve taken away from Clegg’s conference manoeuvres, however, has not been the substance so much as the style in which it is presented.

But then it’s been a weekend of style over substance: 30-year-old Alesha Dixon, the winner of Strictly Come Dancing, who was brought in at the expense of the previous judge Arlene Phillips (66) to “give the show some youthful glamour” failed to win the wholehearted approval of the viewing public that the BBC were hoping for in the wake of the ageism row that erupted after Philips’ sacking.

She was, it seems, brought in to make the old men on the panel appear to be a little more sexy, although the official story is that she was brought in to speak with the voice of the viewer. Dixon’s failure to connect with the Strictly Come Dancing audiences this weekend – the show lost out badly to X Factor in its first week of competition – is surely a sign that there are plenty of people out there who value substance over good looks. It is also proof beyond doubt that the voice of the viewer is perfectly well-served by the BBC message boards. 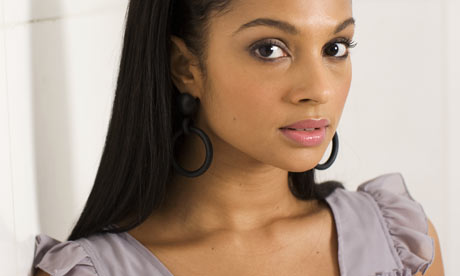 Politics has, in the last 20 years, followed a similar pattern. Clegg became the head of the Lib Dems because he is clean-cut, looks good in a suit and is prepared to pose for the cameras at the pier with his wife or standing on Bournemouth beach, skimming stones on the sea. He has been brought in to be the acceptable face of the Lib Dems; their very own Alesha Dixon.

He got the job at the expense of Vince Cable, the balding, middle-aged Voice of Integrity™ who is, across the political spectrum, acknowledged as the man with the ideas and the substance to make a difference for the party. Spin dogma suggests that “the voters” want an attractive, personable head of the party, that it will make the Lib Dems more electable.

What it boils down to is that one really shouldn’t judge a book by its cover – and that it’s really time to make changes when the media start inspecting the dust jacket for signs of wear as well.

The Strictly Come Dancing results may indicate that the Lib Dems could have gambled on Cable and met the mood of the nation head on. Clegg has certainly been trying his hardest – he’s a decent politician, trying to provide substance – but the tax increases he’s been proposing will be a bitter pill for the public to swallow. Cable may be considered too old to be allowed to lead the party, but he’d surely be a more likely, trusted candidate to convince a sceptical public to accept these tax increases.

It’s against the norm for such things to happen, however. Every politician who takes a position of power has to be younger and more thrusting than the last – the pasty-faced old Etonian leaders of the opposition, Cameron and Osborne, are proof enough of this – and it may not stop until, finally, a good-looking and youthful celebrity is elected president of Britain, in a bizarre mockery of the American system, to distract from the underwhelming looks of the people who actually run the country.

Unless the Strictly Come Dancing audiences rise up and prevent it happening, of course. An armchair revolutionary is much more powerful now, thanks to the internet.

Style is just no substitute for integrity and brand authority and that seems, after this weekend, to have been made a little clearer to the world at large. We’ll have to wait and see if anything comes of this realisation, however.