How to Save Public Figures from Sex Scandals and Themselves 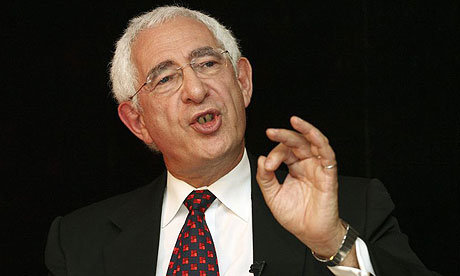 The collapse of Lord Triesman – and potentially the British 2018 World Cup bid he was in charge of – after a fit of sexual hubris and some seriously careless talk about bribery, brought on by the less-than-sincere attentions of a younger woman, is a sorry story, but a familiar one.

This is a story that highlights the lack of investment in PR at the highest level. There’s an awful lot of bollocks talked about stories that are ‘so important’ that you can do trades with the papers on them, with shadowy publicists portrayed as Fagin types hand-rubbing and smirking in the background. This is mostly absurd – an exercise in scapegoat making.

A good publicist is counsellor and conscience – a Hollywood hybrid of shrink and media hound – and should protect their client. They have always been looking to the long game rather than the easy buck; the reinvention of the client to keep them in the limelight for years rather than to just take a cut from one hefty payment and then move on.

The media is profit-driven – these stories would wither up and die if people simply stopped buying the papers that carried them. People have complained that the Mail on Sunday is ‘ruining England’s chances’ in the World Cup and of hosting the World Cup in eight years’ time. The papers are after a profit; they would be forced to write something new if the people who complained stopped buying the tabloids, instead of moaning and then meekly buying up the next salacious crumbs of gossip.

The power to stop this is in the hands of the public – you choose what stories you want to read. I expect that circulation will creep up in the wake of this story, however – despite the litany of complaints. It is depressing, too, that people are willing to go to the lengths that Jacobs has – what was she thinking? What possessed her? The “flame-haired 37-year-old with an impressive academic background” will surely rue the day she sold her story. Football tribalism carries a long collective memory for hurts and she has been set up as cannon fodder for this story.

If the FA’s spin-meisters don’t get the World Cup bid back on track, she will surely end up being seen as Eve to Triesman’s addled, buffoonish Adam and will end up suffering the same fate as Faria Alam.

It’s sad that old men, going into high office, still let power rush through them like a particularly potent, heady aphrodisiac. Perhaps they should be castrated before they take the role – or at least be forced to take bromide tea for the duration of their roles. And if that’s too extreme, perhaps they should have a good PR person embedded with them whilst they operate in public life.

The phrase ‘public life’ is a misnomer if ever there was one – the more one is in it, the less one knows about the lives of the public, which allows the sort of foolish mistakes that Triesman has made to thrive. The corridors of power are dark and shadowy. A good PR person could throw light on the way the world works and, most importantly, protect the power-crazed duffers from themselves.

And if that seems too much of an expense, why not just bring more women into such positions of power? I am certain that far fewer stories like these would crop up if there were more women as chief execs. But can you imagine the faces of the FA if you tried to push more women into their corridors of power? Not to mention those of the journalists at the Mail on Sunday…