Remembering Jane Russell and the Man Behind Her Fame 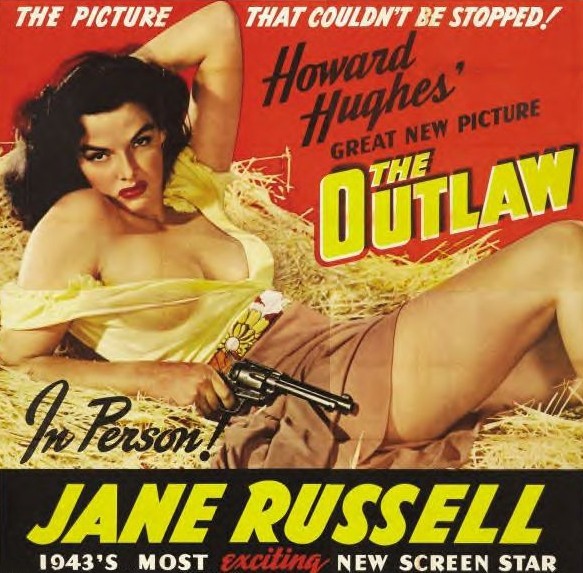 I hope many of Russell’s obituaries credit the strategic mind of another Russell, the Texan Russell Birdwell, for shaping Jane Russell’s narrative. Let’s not forget that behind every Hollywood icon there was an incredibly clever publicist.

Birdwell was a poacher turned gamekeeper, lured away from the Hollywood Reporter to become publicity director for David O. Selznick. Birdwell created some of the most iconic publicity campaigns of the studio era, including the Gone with the Wind campaign that lasted years.

His efforts to explode Russell in the public consciousness are worth remembering. It is quite possible that without Birdwell we would not be celebrating the life of Jane Russell. Given the difficulties surrounding her debut feature, she could easily have been a mere footnote – just another beautiful wannabe who never made a true mark.

She was supported by none other than Howard Hughes, who set Bird the task of making her debut role in The Outlaw unforgettable. Bird’s work with Russell was risky and could have easily backfired. Carefully manipulated, it can be seen now as an intelligent process of invention, not containing the contemporary demeaning elements of today’s fast and loose exploitation.

Birdwell focused publicity around her voluptuous mammaries, admittedly, but not in a cheap way. He designed a campaign to assuage the lustful desires of a nation of boys fighting for their country in the Second World War, separated from their sweethearts. Birdwell understood the need for a highly eroticised product, he created a powerful brand of the time, before the looming fragmentation of the star system.

The campaign was full on and lasted years: Bird gave a photographer free reign to shoot thousands of photos, from which he picked the iconic shots of Russell in the hay that caused outrage even though they only intimated at showing flesh; he had photos of Russell holding shell fragments from a Japanese bombing sent around the world, managing to spin Pearl Harbour into her career and emphatically building her up as a forces sweetheart; he seeded the idea of a bra built especially for Russell, suggesting that nothing else could contain her; and to stop cuts, he hired a mathematician from Columbia University to prove that, in relation to her size, Jane Russell showed less flesh than other Hollywood starlets – and got the censor’s 100 proposed cuts reduced to two!

The Outlaw was originally due to come out during 1943 but, partly thanks to a fuss about the raunchy nature of film, it only received a general release in 1946. By which time, thanks to Bird, Jane Russell was already a star.

What can we learn today from the mind of Birdwell? The Hollywood publicity men then had at their disposal the news wire services. Their aim was to dominate the output with powerful content and stories about their clients. Narratives that found their way into local newspapers and radio stations the length and breadth of America.

Never forget the news wire of the 1920s is the internet of today. In both eras captivating content is the fuel for human interaction. Peppering stories on Jane Russell on the net today would not have the same effect unless the storyline matched the talent. And talent was just one thing that Jane Russell had in abundance.