Joe McElderry has lost out to Rage Against the Machine – it seems that a significant proportion of the British record-buying public really have turned on Simon Cowell and given him a festive slap under the miseltoe.

It’s an upset, but its significance lies in what the power of the Internet might achieve next. Motivational balladry versus an old, shouty agit pop record should cause a few smiles and quite a few more spluttering grannies in front of Top of the Pops on Christmas morning, but it won’t change the world. But the methods to get said agit pop record to number one could just help change the world.

Any number of ad agencies and PR companies say the understand the Internet and all its uses. This is little more than posturing; if we’ve learned anything from the net, it’s to expect the unexpected and that no-one can truly predict what uses people will put it to and what they can achieve if they put their minds to the task in hand.

If the Internet can be harnessed in a similar manner behind a cause like cutting CO2, behind the Climate Conference in Copenhagen or whatever comes next, then there is a chance that real changes can be made in 2010 and beyond without people running up huge carbon footprints going on a protest holiday. Playing with the charts is all very well, but the real business that social networking-savvy people need to address is the process of using this small victory to springboard significant changes on the world and fight the welter of greenwashing, disinformation and distrust. 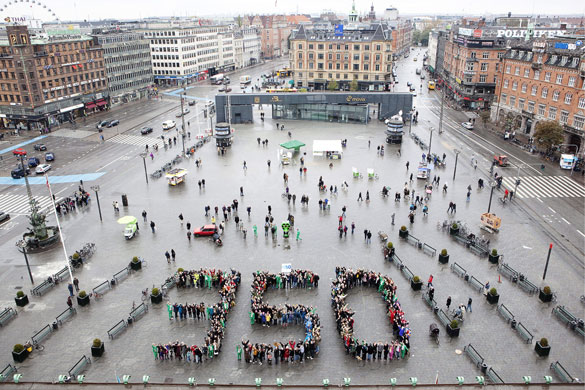 Perhaps this is all a romantic dream – but if Rage Against the Machine’s trite but pleasing net-powered chart victory can be translated into actual societal change through like-minded people working together in the coming years, then it will have been worth it.

If PR firms, ad agencies and people eager to make a difference don’t get it together and work on making this happen, then the military industrial complexes will – they are, without doubt as I write this, working on ways of utilising the net for their own ends.

Trivial as the chart battle of Christmas 2009 may be, its knock on effect could be real, organised changes made via the power of the Internet. That’s my hope for 2010…