Cigarettes, Celebrities and Packaging the Future 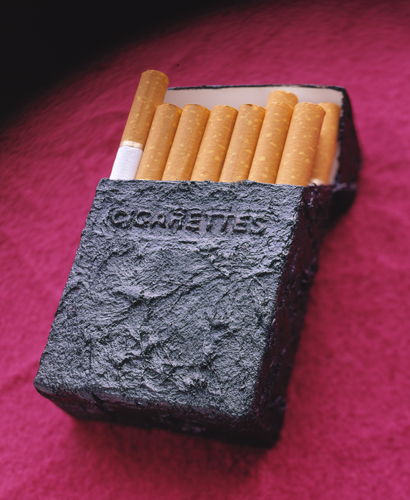 This is an age of brand truth, an age of transparency. An era when all the nasty little secrets start to bustle about just below the surface in the hope of being exposed.

Take Charlie Sheen, for example. He’s been a chaotic hellraiser for years, but only now is the extent of his hedonism and mania coming out, in a giddy rush. Or take the arrogance of Prince Andrew, which is coming out now and souring many of the deals he was hired to make, trading on hs royal status.

It’s not just toxic celebrity that is being outed; the tobacco industry is also having to cope with the effects of transparency, notably the latest victory for the Smoking Kills lobby. First they got the truth put on cigarette packaging and now the packs will no longer be on display in shops, having also had their attractive design peacockery removed.

But the tobacco industry is far more powerful than any celebrity. Their PR has the biggest budget and the subtlest minds it can find who are prepared to sell death in a tube of paper. Edward Bernays, the father of the publicity industry, is a prime early example of sophisticated campaigns for cigarettes – he got millions of women hooked on them by associating smoking with freedom and the victory of the suffragette movement.

There is no way that they will not have thought of something to counter the disappearance of iconic designs; perhaps a tactile edge for the blank packets, making them wonderful to feel? There is no doubt that big tobacco will comply with the new rulings on the one hand whilst looking hard for ways around it on the other.

But they will be up against it – the coming years will see the integrity of brands and what they stand being outed and, going forward, the brands that will survive are the ones who’s strengths lie in transparency, integrity and brand truth. A brand or celebrity caught lying or filibustering is likely to suffer for it.

Click here to see what Ivan Clark has to say on the matter as well.