Celebrity death is best done young, or youngish, whilst all the characteristics that enamour the public to them remain intact. It’s not great for the celebrity in question, perhaps, but certain brand-builders love a good image that’s been soused in aspic and preserved for an eternity of milking. 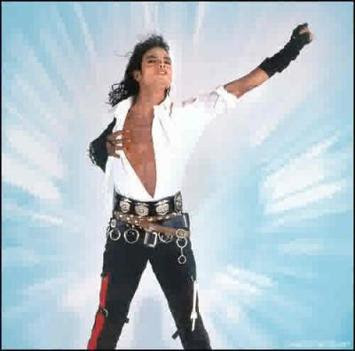 Take Michael Jackson, whose death has seen the worst elements of him shorn away, with only the adulation left; there’s now a competition to design a fitting memorial for him. And of the entries, there’s not one but three suggestions to build a Jackson-shaped island off Dubai, next to the other man made islands. The proposals would, of course, all have theme-parks on them – a home for Neverland ranch, if the new owner feels the need to sell it.

It’s astonishingly gauche, but somehow hardly surprising. I half expect one of the entries to win and then we’ll be able to see a Jackson-shaped landmass from space. What an alien visitor would make of this is another question.

An alien visitor’s reaction to the relentless plundering of Jackson’s brand in the months since his death would make for interesting reading, too. The family started it, with Jackson’s father launching a record label in the wake of his son’s death. The only way from here is to plunder more, until all the contrary mystery that Jackson maintained is gone.

Not that you have to be dead for your brand to be plundered: licensing firm CKX Inc recently bought an 80% stake in the image rights to the great boxer Muhammed Ali, paying around $50 million to use his name, image and likeness of the boxing champ, as he was at the height of his powers, as they see fit. Ali retains 20% of himself in the deal (more, I suspect, than is actually left of the iconic boxing champion in him) as well as taking the money upfront, a shrewd deal for a man who was so badly damaged by boxing, one which guarantees his survival in the collective consciousness.

The same plunder is happening with all sorts of iconic figures of the 20th century, from Marilyn Monroe to Elvis to Che Guevara. Their images have been in use for years, generating awesome amounts of money for the license holders and for the estates of the dead stars, but it will be interesting to see where new technology takes their images – we’ve already seen Laurence Olivier resurrected for theatre and film, but as the technology advances, so will the scope for looting the brands of dead stars. Whole films carried by computer-generated versions of James Dean? A new romcom starring Elvis and Marilyn with a supporting role for Che? The possibilities are terrifyingly endless.

What fun the brand looters could have with Peter Mandelson, who stood up at the Labour conference the other day and completed his resurrection. As Quentin Letts pointed out in the Mail: “There were self-puncturing jokes, swishes of kitten claw and a series of exaggerated waist swivels, arm gesticulations and eye flashes worthy of a Michael Jackson impersonator.” It leaves me wondering what we would be left with if Mandelson were to shuffle, untimely, off this mortal coil. Preserve him in aspic now and we would have the new, pantomime Machiavelli, the glamorous manipulator, the ultimate in Lazarene politician-kind.

Simply, he is the current brand apotheosis of this type of politics and the standing ovation he received at the Labour conference is as good as any baptism in waves of spin. Now he is free to fight his way to the leadership of the Labour party. I wonder which way the Sun would turn if he was in charge?

That said, I doubt anyone would consider building an island in his honour, should he pass on suddenly. A scale model of the Millennium Dome in a model village somewhere, perhaps, but that’s about it. Which is more than can be said for Gordon Brown, mind you, who, despite a rousing speech at the conference yesterday, has yet to shake off Steve Bell’s branding of him as a rain-cloud. His only hope for long-term brand management is his wife…