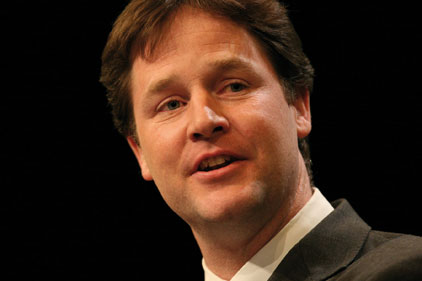 Another year, another PR Week Awards night. Winners love it, losers loathe it. My agency, Borkowski, ignored it for years. Truthfully, it’s a somewhat odd night. I met so many friends I just didn’t know I had. I don’t usually have the emotional stamina to stay the course and tend to slope off before the end. This has its dangers; especially when, a couple of years ago, Borkowski took the Grand Prix award.

Last night I mused that few of the gathered PR luvvies didn’t smile at the award for Communicator of the Year. The gong went to Head Prefect, the creepy Nick Clegg, Lord Smug of Camberwick Green. Does anyone else think he looks like the footman in Downton Abbey? Of course, he didn’t turn up. How could he?  Winning an award for his PR skills isn’t something he is likely to be leaping up and down about right now.

It’s proof positive that the modern political PR game rewards slick style over substance. Farewell to political backbone, ethics and grit; pragmatic, unconvincing passion, bad neckties and poor tailoring will be his empty legacy. At least he has a nice slab of resin to remind him that there will always be a job for him in one if the City’s über-agencies.

Worrying for Haymarket and the great PR Week editor, Danny Rogers, was the thin smattering of PR agency big guns at the event. Some of the usual suspects were on parade but the big players seem to be choosing to stay away. All award shows are flawed by the need to sell tables, so credibility will always be tested. If this year is anything to go by there are signs that the awards may have some issues to face.

Although Danny is correct to say that the PR Week gongs are the premier awards, comparing them to the Oscars is a little over the top. There will be some sore heads this morning, some happy new biz teams as well as some disgruntled losers. I sloped off for a date with Mike Bradwell’s book The Reluctant Escapologist; it was nice to reflect on a time when the maverick spirit had a place. That’s the last PR Week Awards night from which yours truly exits early.