Reading George Monbiot’s comment, in today’s Guardian, discussing the flurry of misinformation about climate change, I cannot help but think that the biggest global budgets, for corporations whose profit-making capabilities are threatened by the need for change, are thrown at secret briefs to the global PR giants, whose only remit is to sow confusion and thus stultify change.

“We all create our own reality,” writes Monbiot, “and shut out the voices we do not want to hear. But there is no issue we are less willing to entertain than man-made climate change. Here, three worlds seem to exist in virtual isolation. In the physical world, global warming appears to be spilling over into runaway feedback: the most dangerous situation humankind has ever encountered. In the political world – at the climate talks in Poznan, for instance – our governments seem to be responding to something quite different, a minor nuisance that can be addressed in due course. Only the Plane Stupid protesters who occupied part of Stansted airport yesterday appear to have understood the scale and speed of this crisis. In cyberspace, by contrast, the response spreading fastest and furthest is flat-out denial. 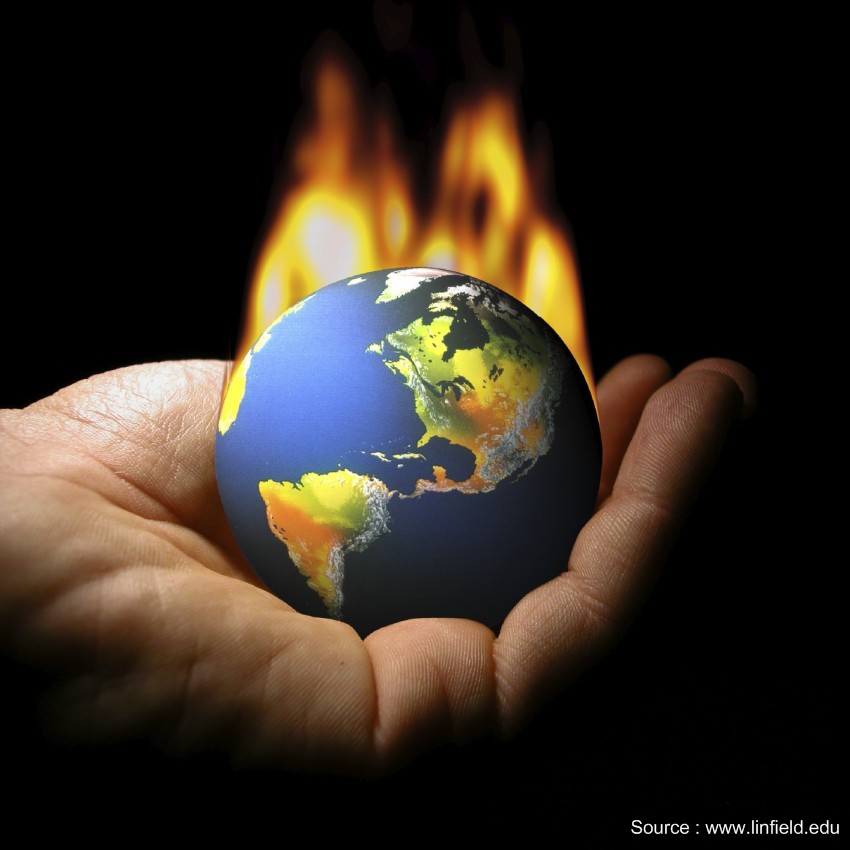 “The most popular article on the Guardian’s website last week was the report showing that 2008 is likely to be the coolest year since 2000. As the Met Office predicted, global temperatures have been held down by the La Niña event in the Pacific Ocean. This news prompted a race on the Guardian’s comment thread to reach the outer limits of idiocy. Of the 440 responses posted by lunchtime yesterday, about 80% insisted that manmade climate change is a hoax. Here’s a sample of the conversation:

“’This is a scam to get your money … The only people buying into ‘global warming’ have no experience with any of the sciences.’

“’If we spend any money or cost one person their job because of this fraud it would be a crime. When will one of our politicians stand up and call this for what it is, bullshit!’

“’What a set of jokers these professors are … I think I understand more about climate change than them and I don’t get paid a big fat salary with all the perks to go with it.’

“And so on, and on and on. The new figures have prompted similar observations all over the web. Until now, the “sceptics” have assured us that you can’t believe the temperature readings at all; that the scientists at the Met Office, who produced the latest figures, are all liars; and that even if it were true that temperatures have risen, it doesn’t mean anything. Now the temperature record – though only for 2008 – can suddenly be trusted, and the widest possible inferences be drawn from the latest figures, though not, of course, from the records of the preceding century. This is madness.

“Scrambled up in these comment threads are the memes planted in the public mind by the professional deniers employed by fossil fuel companies. On the Guardian’s forums, you’ll find endless claims that the hockeystick graph of global temperatures has been debunked; that sunspots are largely responsible for current temperature changes; that the world’s glaciers are advancing; that global warming theory depends entirely on computer models; that most climate scientists in the 1970s were predicting a new ice age. None of this is true, but it doesn’t matter. The professional deniers are paid not to win the argument but to cause as much confusion and delay as possible. To judge by the Comment threads, they have succeeded magnificently.”

This is true for as many of the hotly contested and contentious issues and businesses of the modern era as you could care to name. It’s not just the fossil fuel companies who are plying the global PR world with huge budgets to sow confusion – every big corporation and government is at it. As Monbiot notes towards the end of his article, people are not easily swayed by hard fact and respond better to emotional arguments that fit in with their view of the world; something that everyone from the architects of the cold war to the war on drugs, the nuclear industry to Monsato know only too well.

A large percentage of the budget thrown at all of these and more has surely gone to some huge conglomerate PR firm, whose only remit is to persuade people that the facts are too complicated for them to understand and that the behemoths behind the absence of change are the ones who will reward them for their avoidance of anything difficult – a ploy which plays into the hands of the big business, as, in times of chaos (be it physical or intellectual) people tend to aim for the biggest bruisers on the block and believe in them.

To read George Monbiot’s article in full, click here. For Barack Obama’s perspective on this, have a look at this video.